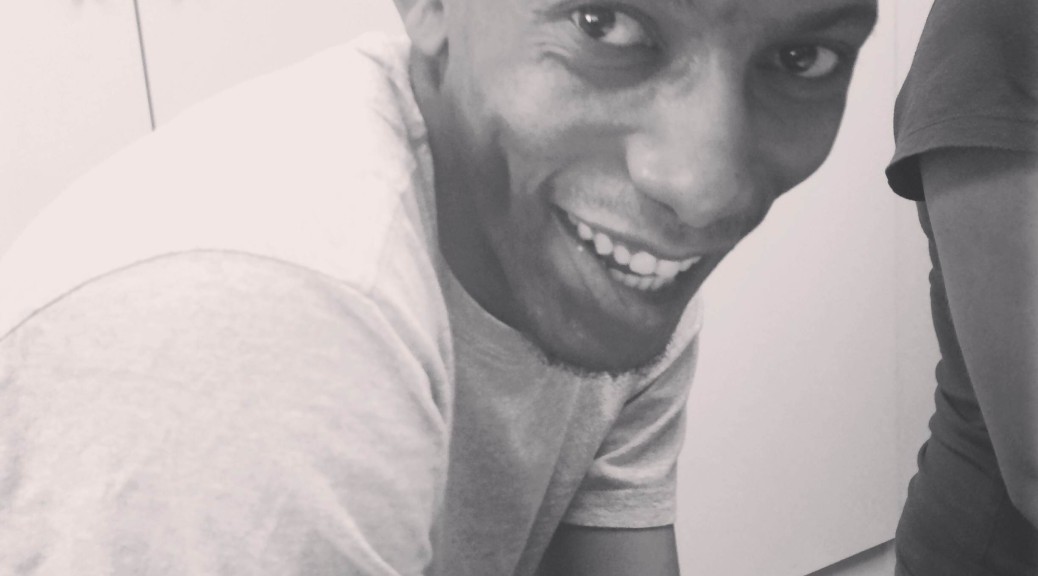 In the beginning was a prayer. Joining Paperight for me was a matter of divine providence. By this I guess mean to disclose that I am a Muslim and by that I mean to say I believe in God, in the world of things unseen, in forces, in the coming together of processes going on out there in the universe for little me down here on earth as a response to a request for guidance in times of change, growth and confusion. Nowadays such talk is unfashionable, I know, and certainly not in connection to professional/career paths, but this is what – after all the theorising, the political, social, and economic analyses have been done and after the thinking, the emotions and sensations have had their sway – this is what for me everything always settles down to.

here I am,  staring at a poster that I immediately know without a doubt to be the firebird’s feather, beckoning me to pick it up and follow the trail of adventure

So. It’s Ramadan. August 2012. I’m praying the Maghrib (evening) prayer at the Leslie Social Science Building at UCT in congregation with about a hundred other Muslims on campus just after breaking fast. At the very moment that the prayer is over – I mean the very second that the prayer is done – my eyes fall on a poster on one of the building’s columns directly in my line of vision. Something – but what? – tells me that that poster I am looking at will tell me of the place I will now work, if I choose to follow through. All week, all month, for months perhaps, and each passing day with growing intensity, I’ve known that I need to leave the academy in order to pursue a vaguely defined dream of being a publisher or to work in a sphere engaged with promoting a ‘reading culture’ (whatever that means) in South Africa. But where to begin? Where exactly can I learn the most? For months I review various publishing houses to which I can offer myself as an intern or an entry level professional but nothing quite seems right for the kind of work I would like to do. So. Dear God, Dear God. And a few days later, here I am,  staring at a poster that I immediately know without a doubt to be the firebird’s feather, beckoning me to pick it up and follow the trail of adventure leading either to success or total destruction and sometimes both; there is just no way of knowing unless you pick it up and see where it leads. Ramadan is an auspicious time, I remind myself. So I pick up the feather and email team@paperight.com. I loved its philosophy, its grand vision, the work it was doing. I felt like I was working for a publishing NGO of some kind (‘social enterprise’ was a term I was still to learn) and I really liked that, the company’s strong desire to address social issues as part of business strategy.

I joined the Paperight team in September 2012 as an intern working three days a week. I could not work the whole week because I was unable to fulfill my personal responsibilities on an intern’s stipend. This was an arrangement I negotiated because I really wanted to work at this company. I loved its philosophy, its grand vision, the work it was doing. I felt like I was working for a publishing NGO of some kind (‘social enterprise’ was a term I was still to learn) and I really liked that, the company’s strong desire to address social issues as part of business strategy. Moreover, I immediately liked everyone already working for the company, something that has always been a huge factor in where I choose to work.

During my internship my main task was to wrap my head around the updating and maintenance of the metadata, on- and off-line, after having been slowly prepared for the task by Tarryn, the Content Manager. In those early days, Tarryn generally gave me small, mostly writing and editing related tasks (correcting special characters in the metadata, writing up long and short descriptions for newly prepared Paperight editions, editing or cleaning up the publisher metadata) before increasing my responsibilities to working on the website by making changes online and doing content tagging.

When I joined the Paperight team I felt, looked and behaved like a poncy old man and one area where this was most evident was with my relationship (or lack thereof) with technology of any kind. We just did not get along, technology and I, and our relationship had been mutually laid to rest months or years before joining the Paperight team. Not a small problem if you are working for an innovative technology startup company, needless to say. Set up a Skype account for office communication (Easy). Log onto the Paperight wikipage (Companies can have their own, private, wiki pages?). Massive spreadsheets – on Open Office (instead of Microsoft – which is what I knew when I knew these things). Google Documents (Hello, stranger). Google Chrome or at least Firefox (Ain’t nobody got time for Internet Explorer up in here). Open a Dropbox account. Sync your computer with Dropbox. Computer won’t sync. Try again. It won’t sync. Register on Trello. Do you have Thunderbird or Safari? (Say, what?) And that was just the beginning – the easy part, really. WordPress, HeidiSQL, CamStudio, Tampermonkey, Sigil, this, that. Never had to download so many programs before and try figure out what they do. My laptop could not deal – it did what my mind refused to do: slowed down and then crashed. I think, to varying degrees, various people on the team were surprised to learn that such technological illiteracy was possible in one human being before.

Anyway, punctuating my introduction to all this were training sessions that Paperight offered to all interns on various issues related to our work and the publishing industry in general. These sessions were offered by the senior Paperight staff to incoming staff and the sessions, and they went on even after I became a full member of the team months later. Some of the sessions I signed up for were:

This is not an exhaustive list. Training at Paperight never ended. Right up to the last week of my being at Paperight, a year six months later (March 2014) I was still sitting in on Paperight training session on Personal Finance. This was just the nature of how things worked here – I felt, to the very end, that I was learning and never quite sure how much, if anything, I could say I knew, even though I felt expansive and knew that I was leaving heavier than when I came in.

When my contract as a Paperight intern came to an end at the end of November 2012 I was offered a full time position as part of the Content Team. I was a happy, nameless child with no designation (and some serious image issues): my business card simply read ‘Oscar Masinyana – Content Team’ and at the back had a photo of me taken by Nick that everyone at the office besides myself thought was a lovely photo of me. I was given functional authority over certain domains within the Content unit relative to my strengths (content curation, metadata maintenance), and only much later was I eventually given a title of Reading Communities Manager (with a new business card and a better photo). But now I’m rushing ahead.