On 5 June 2012, we presented the rescheduled training with Silulo store managers. Zimkita presented this training in isiXhosa as this was the home language of the store managers, whilst Zukisani and I assisted when manager were stuck. After the initial training, several Silulo managers voiced the need for training again as they weren’t fully comfortable with the website.

We recognised that we may have either had a problem with our training method or our website not user-friendly. Therefore, we arranged for a follow-up training session which was presented by Arthur and attended by a few Silulo managers. Despite these setbacks, Silulo Ulutho sold hundreds of matric exam packs and our correspondence with them led to our decision to break down exam packs into single-year versions.

May 2012 was a very eventful month for Paperight. We launched our website v1.0, Michelle Carstens of The Office Crew became the first outlet to top up her Paperight account and the marketing manager of Jetline registered with Paperight. All three of these events had particular significance for me.

It had been my idea to create an outlets map and I was in charge of placing the outlets on our original map. The Office Crew was an outlet which I introduced to Paperight and became our first VIP outlet. I believe the reason for this is that The Office Crew had an outlet owner who was passionate about Paperight and it was close to my home. This meant that I could give them close attention and get feedback from them regularly.

Jetline had already on my list of potential franchises to approach when, a publisher recommended that we contact Jetline and forwarded a contact number to us. This was the start of what led to our biggest outlet partnership yet.

I headed to Durban for two weeks to collect my car and in the process visits and sign up outlets face to face. During this visit I learned that outlets require at least two visits to have them buy in to Paperight effectively. The first visit to introduce them to our concept and the second to answer questions they might have thought of and physically training them how to use the service.

In the meantime, Zukisani and Zimkita were in Cape Town completing the tasks laid out in the Silulo Marketing plan. The main highlights of our plan were a presentation with H.O.D.’s from various schools in the area and a training session with the managers of the various Silulo Ulutho branches.

The training with the managers was postponed due to a miscommunication between Zukisani and Lonwabo (a director at Silulo Ulutho). The presentation took place right after I had returned from Durban which meant that I also had the opportunity to be involved. Zimkita was the MC whilst Zukisani and I each had a portion in the presentation.

Only 4 of the 40 H.O.D.’s that were invited attended. We made the mistake of supplying catering for 200 people and the projector for the presentation wasn’t properly organised. We also had Paperight-branded mugs and chocolates made for the H.O.D.’s and Paperight team. The biggest lessons that we learned from this is to manage our promotional spending better and to utilise resources that are fully in our control as much as possible. So I’ve been growing our team in numbers and, I hope, quality, for nine months now.

Tarryn and Nick, our content team, have been amazing. Both high-achieving type-As, they’ve ensured our products are meticulously documented and organised. A recent achievement has been their forty-page Paperight user manual for outlets. It’s beautifully written, and includes not only step-by-step guidance on using the site, but also clear guidelines and suggestions for how to use Paperight to grow a printing business, even beyond printing books out for people.

A major highlight of the last two months for me has been hiring our outlet team. Zimkita, Zukisani and Yazeed joined us in April with the job of signing up outlets and providing ongoing training and support to them. Each brings a different skill set to Paperight that’s been invaluable: Zukisani has contacts at almost every school in the Western Cape, especially in the underprivileged areas we’re targeting; Zimkita’s six years at Vodacom customer service make her our friendly and meticulous email- and phone-support person; and Yazeed’s experience running his family’s business, combined with a startling energy for producing high-quality work, brings great business-savvy to the team. An unglamorous but critically important side of our work over the last months has been Paperight’s back-office setup and systems (check out our view above).

Most importantly, Paperight is now a registered company with bank accounts. We’re days from moving into our new offices (sublet from Electric Book Works). We have workflows around various online tools for bug tracking, accounting, and document management, and our internal wiki is now a substantial store of invaluable info, from guidance to new staff and practical how-tos to recommended reading for team members. 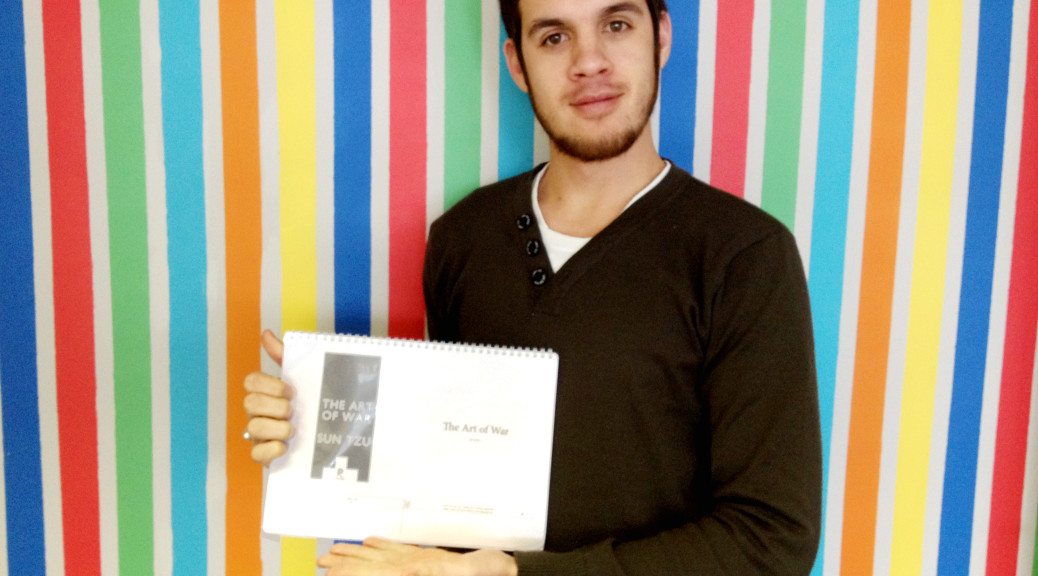 My Paperight journey began by sheer coincidence, if one believes in coincidence. I believe, that if I gained nothing else out of this experience, that everything is meant to be. It was on the 5th of March 2012 that I was browsing the internet, doing nothing in particular. There was nothing profound or special about that Monday night and so, as with most life changing moments it came unexpected.

I decided to browse around the Linkedin website. A few people that I knew had spoken about Linkedin on Facebook but, I never really paid it much attention. As I was browsing around I came across a job posting by a company called Paperight for a Customer Relations Manager position. I decided to take a look and see who this Paperight was and what they were all about.

I was so drawn to the company and its mission that I immediately started drafting a cover letter and sent off an application for the position. I hadn’t been looking for a job and yet I had stumbled across an opportunity that I couldn’t pass by. Arthur Attwell responded to my application within 40 minutes and invited me for my first interview on the Thursday, just four days later.

The cause of Paperight was something that I was passionate about from the moment I had read the job ad and only increased as I met the people involved and learned more about the business’ culture and aims.

My first interview was at 3pm at the original Paperight office based at Arthur’s house in Wynberg. Upon entering I met Nick Mulgrew who had started working at Paperight the previous Month. The atmosphere and Arthur’s personality made this the most relaxing interview I had ever had. I was not nervous, merely anxious and excited. Battling to control my emotions so as not to come across too eager. The cause of Paperight was something that I was passionate about from the moment I had read the job ad and only increased as I met the people involved and learned more about the business’ culture and aims.

I impressed Arthur enough to be called back for a second interview along with two other candidates who were shortlisted for the position. I was determined not to lose out on this job to anyone and began researching the bookselling industry. When I went for my second interview I went prepared, and boy was I glad that I did. Arthur had surprised all three of us who were shortlisted by interviewing us at the same time.

Arthur, Nick and Tarryn started the meeting by introducing themselves and what they do at Paperight. Then Arthur had to select which one of us candidates would start introducing ourselves. I must have looked very nervous that day because, Arthur asked me to start and Tarryn jokingly quipped, ”Sure just ask the guy that looks the most terrified to start why don’t you?!” In my mind I wasn’t so much nervous as I was embarrassed.

Embarrassed to whip out the proposal that I had drafted, printed and bound for my interview. I had a colour copy for Arthur, Nick and Tarryn which contained my research, charts and suggestions on how I would proceed should I be selected as Customer Relations Manager. Tarryn had mentioned in her introduction that she is very analytical which helped me relax but, the looks on the other candidates faces made me feel like they were thinking, ”Wow! This guy is sucking up big time” Which I was. Successfully so.

Not long after, Arthur notified the three of us that he would be employing all three of us as Customer Relations Managers on a five month contract. Although it was never explicitly stated, in my mind I believed that Arthur would be using the next few months to determine which one of us would have our contracts extended. Also, three people can cover a lot more ground than one person alone could, something which was needed in the early stages of Paperight.

I started my first day at Paperight on the 28th March 2012. The first two days we spent on training and getting to know each other. My new colleagues on the outlet team were Zimkita Makwetu and Zukisani Pakamisa. Zimkita had come from a customer service background, having spent many years in a Vodacom call centre. She left seeking opportunities to move forward and doing what she loved – social networking. Zukisani had years of experience as a salesman for various publishers and therefore, had experience in dealing with schools – one of our primary target markets.

My previous experience included sales, marketing, customer service and management in an entrepreneurial position. At Paperight I would be given the opportunity to grow each of these skills exponentially. Zukisani and Zimkita got along very well immediately, which resulted in me feeling slightly like an outsider. In response to this, and the general lack of clear direction, I tried to gently take the lead and bring our team together into a productive unit.