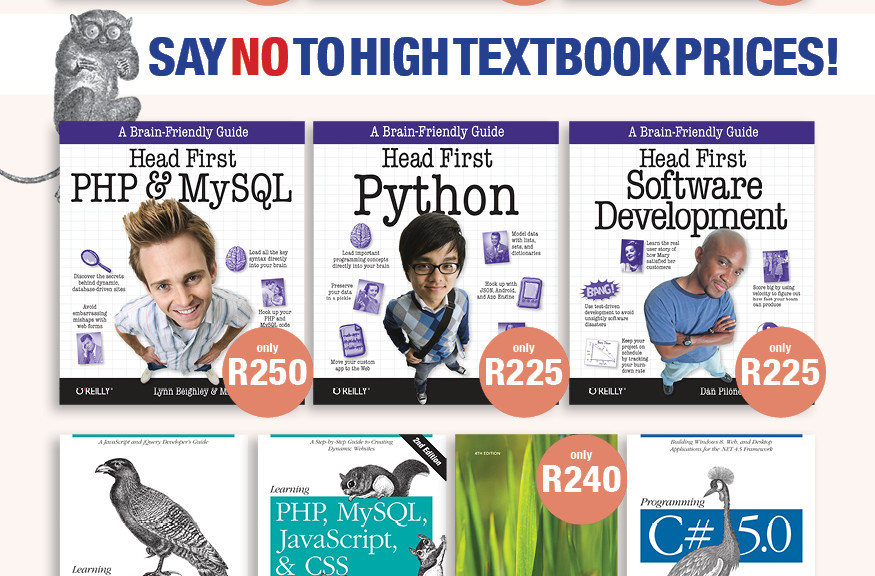 We discovered soon after we began to create outlet- and product-specific posters and send them out via our newsletter that they made a difference to sales. In fact, a survey done by Yazeed at one point showed that outlets that advertised with posters had more success than others. (This, in retrospect, is incredibly obvious, but we thought people might have been driven to stores or to buy products by being encouraged to do so by… well, I’m not sure, actually.)

When Marie arrived in April 2013, it freed me up to do more material design work. Marie set about calling outlets to find out more about them and to make sure they were on board with our system. We made sure that, when she called an outlet, she asked if they wanted any materials made for them for the upcoming matric exam season. As part of our offering, we would design posters and flyers. These materials included price lists on them for up to 50 of our matric products, which we could change for every outlet that wanted them. There was sound reasoning behind this, initially: we assumed that, if we did the heavy lifting for outlets and gave them something specific to them and ready-made for them, they would take to using materials with more enthusiasm, and would get some outlets that didn’t have design capabilities to be able to engage with and to advertise Paperight better.

This was a pretty disastrous idea, for a number of reasons:

These problems piled the misery on me, with the result that I entered into quite a deep slump for a few weeks. I began to resent my work and what I was doing and, even worse, the people I was supplying materials for. The work was repetitive and seemed to have little effect on sales and/or engagement with products with outlet owners. I realised that something drastic had to change.